New York is one of the most popular US states in the world. It has the highest population density of any major city in the United States, with over 27,000 people per square mile. NYC is often called "The Big Apple" and has numerous businesses, celebrities, major events, and other internationally recognized shops residing in the area. It boasts several of the country's most popular tourist destinations, recording a total of 66.6 million visitors in 2019 alone.

Result for People in New York

tina m benzel, 54 - In a relationship 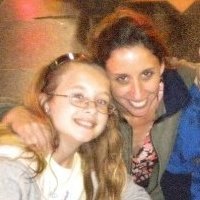